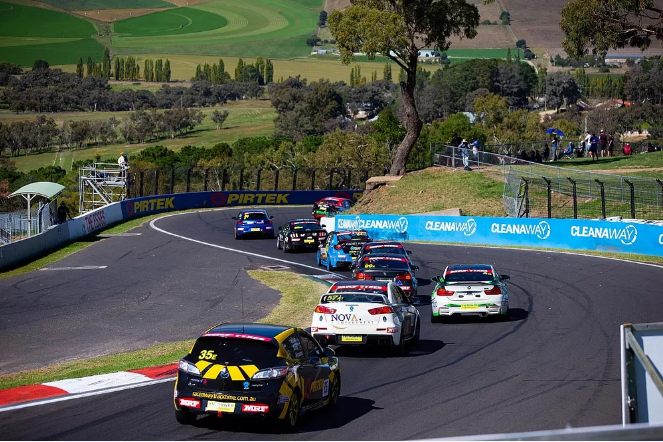 The 2022 running of the annual production car enduro is set to be the biggest race Mount Panorama has ever seen in terms of grid size.

The event already holds the Bathurst record after 64 cars turned out in 2017, however that benchmark is almost guaranteed to bettered next April.

Organisers have already received 84 entries for 2022, well clear of the 70-car grid density in place for the annual production car enduro.

That’s despite early bird entries still running until the end of this month, while the general entry period doesn’t end until March 11, 2022.

As a result organisers have invoked regulation 1.7.4 in the regulations, which reads: “If full grid capacity is reached prior to the entry closing date, the Bathurst 6 Hour Administrator reserves the right to accept those valid entries which it deems most suitable”.

In other words organisers will hand-pick the 70-car grid, with some paid-up entrants set to be turned away.

Those who miss out on a guaranteed start have the option of a full refund or joining a standby list for the race.

“We asked our fantastic partners at the Bathurst Regional Council very nicely if they would be able to build some more pitlane garages in time for the race next year – but they seemed to think that lengthening pit straight might have been a bit too much work between now and April,” said event director Ken Collier.

“This is an unprecedented scenario for an endurance race at Mount Panorama and a phenomenal response from production car competitors around Australia.

“Seventy cars will be able to start the race based on the grid capacity at Mount Panorama and, just as importantly, the number of available pitlane garages to allow teams to work safely throughout the event.

“We will base our final selected entry list on ensuring the best possible Bathurst 6 Hour grid, both in each respective class and in terms of the quality of the field overall.

“We have put in place a very thorough processes with very experienced people who understand the race to make sure we come out with the right outcome.

“However, those who do not make the final grid will have the option for a full refund, or to be retained on an active standby list in case there are withdrawals nearer to the race.

“Anyone on a standby list who does not make the actual Bathurst 6 Hour field will of course have their entry fee fully refunded.”